The group of supporters

You are right to ask – what does this mean “Förderverein PICU”?

And the association’s target is what?

The Medical University of Hannover, Germany, has settled a foster contract agreement with Karapitiya focusing on the development of a PICU which could be operated by local staff them self. And the association of sponsors promised to help making it real.

That is a group of people who – after this terrible human catastrophe on December 26, 2004 – collected money for help. Idea was to invest it in Sri Lanka into one of the heavily hit sites, into something which was sustainable, avoiding anything close to the numerous investment ruins, and through the investment it should be ensured that never again so many children would lose their lives only since there was no intensive medical treatment available. Think of this: For 5 million children in the country there were only 6 modern intensive treatment places in Colombo – far away from where the Tsunami killed thous-ands – in the southwest of Sri Lanka, around the city of Galle. Consequently the plan was to extend the overall intensive treatment facilities by building a PICU in Galle.

13 Lions Clubs from Hannover collected a starting capital through a charity concert, generous aids from SOLVAY’s employees and management, citizens of the city of Hannover and its city council stepped in, and of course many, many others.

And this idea became transferred into a success: Four of the planned seven to eight places are under full operation, day to day most complicated cases can be successfully treated, Hannover’s MHH is on the spot, doctors and nurses from Karapitiya Teaching Hospital are coming to Hannover for education and training. And the process management makes sure that further development steps of the Sri Lankan PICU are only tackled when present working packages are professionally under control!

In order to raise more funds for the next development stage, PICU Förderverein was founded on October 10, 2010. And meanwhile the charitable status of an organization according to German law was granted.

Members are more or less the same who carried the project so far. The two heads of PICU Förderverein are Professor Wolf Dieter Gogoll, delegated by one of the participating Lions Clubs and Hartmuth Schulz once delegated from one of the major sponsors, SOLVAY. Further members come from the other Lions Clubs, of course MHH is represented, and other personalities of the public life are involved. All of them are dedicated to achieving the common vision and committed to strategy.

And how does this work? – How does “Förderverein PICU” manage the project?

The two partner institutions: MHH, represented by PD Dr. Kathrin Seidemann, and Karapitiya, represented by Dr. Upeksha Liyanage, discuss and decide the process architecture, qualification and training needs, and all what might be necessary to achieve an optimal operational standard of PICU. There are audits and commonly agreed improvement plans in order to find the right speed and tempo for change.

The procurement is managed by the Lions Club of Hikkaduwa. The Lions Club has delegated Mr. Nissanka Epaliyana as overall local project director. If possible medical technology is bought locally. The money from Germany is transferred to the LC Hikkadu-wa, with appropriate book keeping and controlling. And the Lions Club is paying the bills. By this we are very proud having proved that all funds were used as intended – and not even one Euro had been misused and burned as with very many other tsunami aid projects.

Paediatric intensive care is far more than paediatric care as such; an underlying different culture has to be developed step by step. Clear that this requires significant investment in education and training! Some of Sri Lanka’s universities meanwhile offer intensive care programmes. In order to secure day-to-day intensive care treatment with high standards doctors and nurses from Karapitiya are trained by there Hannover MHH colleagues, either in Hannover or in Galle.…read more about the project strategy

Of course, all local institutions have to be involved: The Minister of Health and his leading staff has visited the site several times and support the overall vision. The local media offer ongoing information, so that the region around Galle seems to be increasingly proud of “our PICU” and its achievements.

The “Förderverein PICU” is supporting this development and change process by… 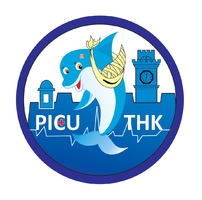